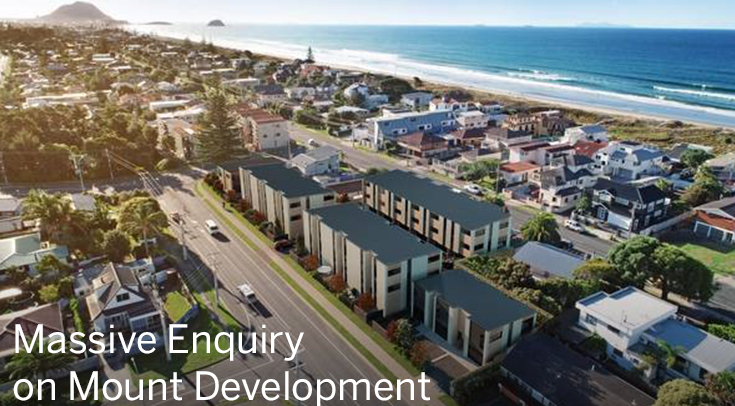 Mount's Bask development a hit with 120 inquiries in two weeks

This article featured on nzherald.co.nz on 10 September 2020, and was written by Zoe Hunter

More than half of the luxury townhouses making up a new residential development at Mount Maunganui have already been sold off the plans.

Bask, a residential development on the corner of Maranui St and Oceanbeach Rd in Mount Maunganui, features 23 townhouses ranging from $895,000 to $1.495 million.

There have been more than 120 email inquiries about the development in the past two and a half weeks.

Despite "huge interest" from Aucklanders, the majority of sales have been to Tauranga-based buyers while Auckland was in alert level 3 lockdown.

Luke Nobilo and Susie Laery, of New Zealand Sotheby's International Realty, said 50 per cent of stage three had sold in two and a half weeks.

"The rear units where the majority of the sales have been to date have been over a period when Auckland has been in lockdown," he said.

"However, in two and a half weeks, we have had over 120 email inquiries on this project ranging from local buyers to international and everyone in between.

"Their ultimate end use for it is a combination of owner/occupier and some investors given the structure where you pay 15 per cent now and the balance on completion with no progress payments, which does make it different to a normal housing project."

Laery said there had been inquiries from ex-pats from around the world.

"We are seeing a huge amount of inquiry out of Auckland with people looking at relocating ... but obviously, to date, they haven't had the ability to come down and view the site.

"I suspect over the next week that will change with the appointments of people coming down to look at the project particularly Oceanbeach Rd frontage properties."

There was no question Mount Maunganui had some of the most sought-after real estate in New Zealand, she said.

"From a lifestyle, location and economic point of view, it is world-renowned."

Nobilo said the sales were exciting for the Bay following in the footsteps of Auckland, Wellington and Christchurch markets where buying off plans had been a long-standing way for people to acquire real estate. 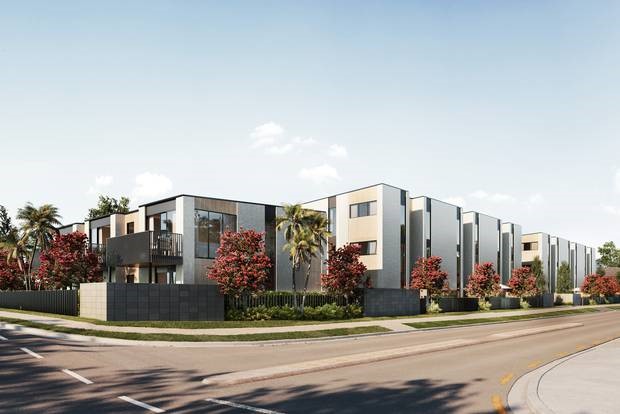 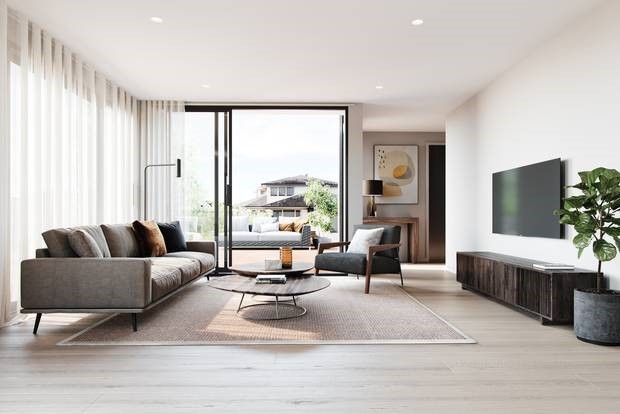 "Especially in a region that has a housing shortage, we're at the lowest level of stock of 13 years in the market.

"We have now got a platform where if things continue to work the way that they are, Bask is one way to create solutions to that stock shortage."

Developer and TYBI director Shannon Moyle said he was proud to have managed to deliver what he believed people were looking for in the development.

"But also our specs and detail in our plans were clear enough that people could purchase off the plans," he said.

"It is very cleverly designed ... of course, they are brand new too and at the right price point."

Moyle, who was also behind the new Latitude Residences on Park St, said it was positive to know there was plenty of interest in the development.

"It is exciting for the Mount to get some density and in an area where it can afford a lot of density."

ZB Homes managing director Rik Flowerday said the company was grateful to be part of the development.

"It is good to see a lot more of this style development and building happening in the Mount and Tauranga with land supply running out.

Flowerday said it was good to know the development was selling fast and that was reassuring for the developer.

"It shows the genuine demand for property as well."