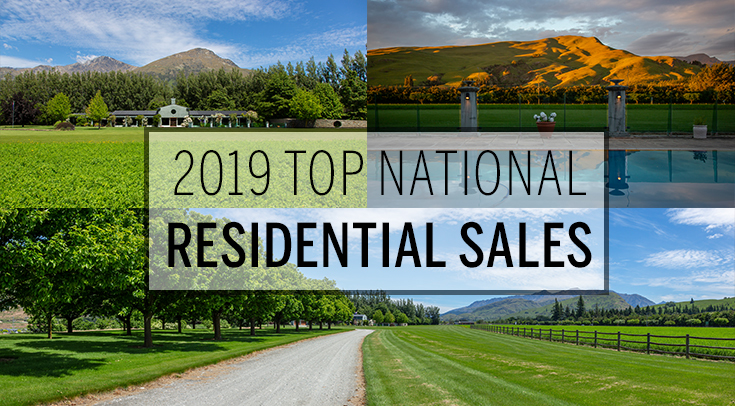 New Zealand Sotheby’s International Realty (NZSIR) achieved four of the 10 highest national residential sales in 2019, a feat managed in a market that was flat for much of the year across the country.

This included the two highest sales of the year; a lifestyle property in Queenstown and a cliff-side residence north of Auckland.

The Auckland property was also the highest price achieved in the Auckland region over the year.

The property which achieved New Zealand’s biggest sale of the year was 516 Ladies Mile Queenstown. Sold for NZ$15.5 million, the property was picked up by Queenstown Lakes District Council and is earmarked for future community infrastructure.

Around the country, our Hawke’s Bay office achieved a regional record price with a property on Bluff Hill, only to break it a few months later with the sale of an impressive early 1900s Havelock North estate.

Other records in Tauranga and Queenstown, held confidentially, round out a fantastic selling year for our 17 offices.

On the listing front, NZSIR brought a number of exclusive blue chip properties to market. The Pacifica development in Auckland is one such property, featuring what is widely thought to be New Zealand’s most outstanding penthouse.

Another notable listing is Westhaven Retreat in Nelson .

2019 saw four more NZSIR locations open around the country, including an apartment-focused Britomart office, with more locations earmarked for opening in 2020.