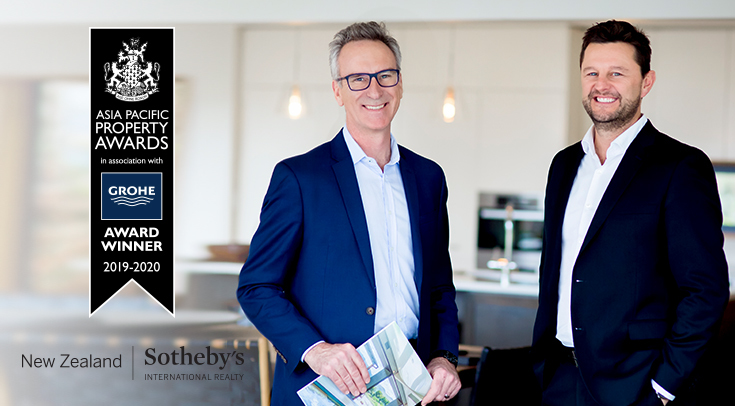 The prestigious accolade comes as NZSIR celebrates a record-breaking year, exceeding $1billion in sales across the country.

NZSIR topped the Asia Pacific Property Awards category of real estate agencies that had between five-20 offices, with the company being recognised for excellence and maintaining high standards in the property industry.

NZSIR managing director Mark Harris says for a real estate agency that is reasonably young, and with only 115 licensed agents throughout New Zealand, the award is a huge honour that is timed perfectly with record sales figures.

"We are a relatively small group of 115 licensees who are focused on high performance and achieving premium results for our vendors. Reaching $1billion in sales is a great achievement. We are proud of each of our high calibre licensees who have worked hard all year to generate this result and receive this internationally-recognised award,” he says.

NZSIR is also the top performing office in the Sotheby’s International Realty group for Asia Pacific.

“We believe that everybody deserves premium service and a premium approach to real estate, which is key to our success,” Harris adds. “We take more of a hands-on, specialised approach to selling and the marketing of properties to make them stand out, which appeals to vendors and buyers. Receiving this mark of distinction by the Asia Pacific Property Awards is testament to that.”

The award will be presented at a gala in Thailand in May, at which time the company will find out if it has won its category for the whole Asia Pacific region. Winners from the Asia Pacific Property Awards are then put forward to vie for the ‘world’s best’ title in the subsequent International Property Awards, in London in December.