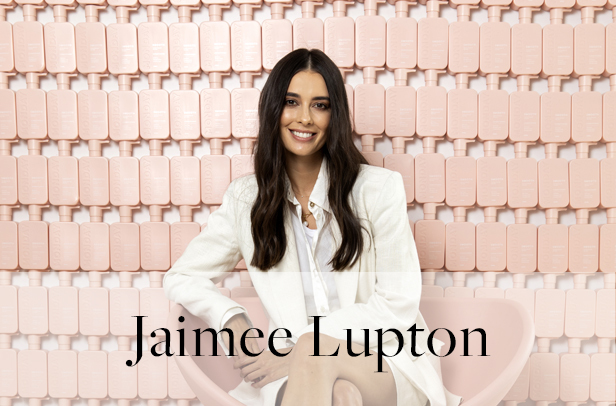 It’s been a whirlwind year for young Auckland entrepreneur Jaimee Lupton. Her MONDAY Haircare brand has developed a cult following, is stocked all around the world and has acquired famous fans such as Kris Jenner and Georgia Fowler. The rapid expansion of the brand has been nothing short of remarkable. Since launching early 2020, MONDAY Haircare products – deemed salon-quality at an affordable price point – are now sold via 8500 mainstream retail stockists, from NZ and Australian supermarkets to a $40 million deal with Target in the US. 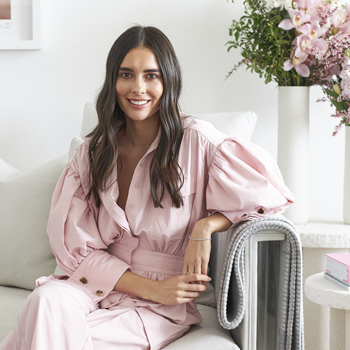 Jaimee puts the company’s success down to a combination of nurturing big ideas, pushing boundaries, a commitment to sustainability and a desire to make luxury a little more inclusive. “All these really exciting beauty brands were coming onto the scene and proving that quality didn’t necessarily have to cost more,” she says. “Brands like The Ordinary and Glossier that were democratising skincare. But there still wasn’t anything like that in the haircare space, so I set out to create it! I quickly realised that markups across the board were extortionate and felt really inspired to deliver on values like being vegan and cruelty-free, free of SLS and parabens, and in recyclable bottles but at an affordable price point.”

Having sold six million bottles worldwide to date, the combo has clearly worked for Jaimee and MONDAY co-founder (and real-life partner) Nick Mowbray. As a co-founder of global consumer goods giant ZURU, Nick’s business acumen has undoubtedly infl uenced the progression of the brand, while Jaimee’s entrepreneurial and management skills have led her to be named as Under-30 Achiever of the Year at the 2021 Mumbrella Awards. 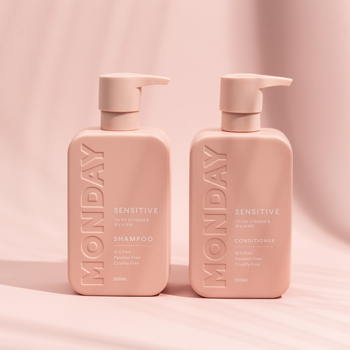 “Keeping up team morale is also key,” insists Jaimee. “Luckily, we’ve built a team of incredibly clever, energetic people, and the team dynamic is really supportive and respectful. I’m quite a loyal person and I think this carries across to my approach in hiring and retaining staff for MONDAY. As a leader it’s important for me to nurture people’s talent and what they want from their careers. I expect my team to be quite nimble, fl exible and open to new ways of working, so I aim to show them the same flexibility in return when it comes to life outside of work.”

Establishing a new brand – particularly during a global pandemic – hasn’t been without its challenges, however, and Jaimeesays MONDAY has been impacted by the international shipping crisis, rising costs, and the uncertainty of inventory levels (for example, when the brand first forayed into NZ supermarkets, they sold six months’ worth of stock in just four weeks). 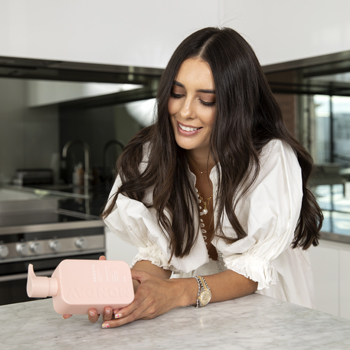 Doing business from their home base in Auckland has been a chance for the power couple to reset and focus on the future of MONDAY Haircare. “Nick and I would usually be travelling between Auckland and ZURU’s headquarters in Hong Kong, plus meeting with buyers in new and upcoming markets in the US and Europe, so having this extra time at home has been lovely,” she says. “We’ve been grateful that NZ has been able to enjoy a relatively safe and healthy past year. We’ve also been grateful for the support people have shown MONDAY from the outset. NZ can get left behind when it comes to international beauty brands but there are lots of exciting homegrown brands filling that gap. We’re just glad to be one of them!”

Read more in the latest version of Property Style.