Construction begins on The International 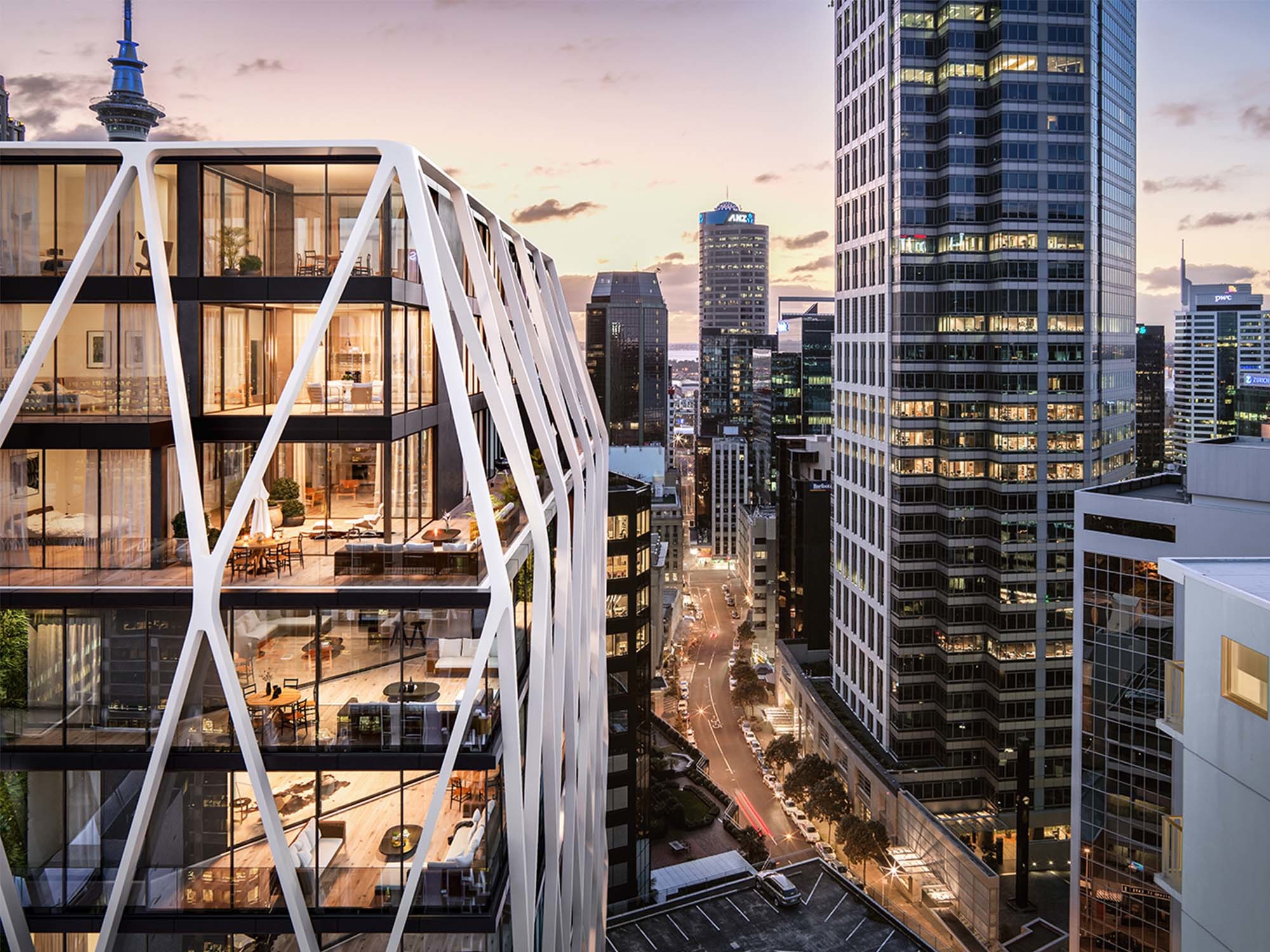 Work has begun on a $200 million inner-city Auckland project to convert an office block into 88 apartments.

Gary Groves of Sanctuary Group is changing the ex-Fonterra headquarters on Princes Street from commercial usage to residential, selling apartments from $1 million each.

Groves said while some apartment schemes had been cancelled, teams were at work on The International at 9 Princes Street opposite the Hotel Pullman Auckland, beside the Northern Club.

Interior fittings are being stripped out and work was undertaken to create areas for the apartments, after Fonterra shifted to new premises on Fanshawe Street. The penthouse has already been sold to a wealthy New Yorker for a record $15.3m.

"We're building this project to a standard that Auckland has not seen before. We're appealing to people who have previously lived in large, quality suburban homes," Groves said of the project aimed at owner-occupier purchasers.

Groves, in the sector for 25 years, said he had developed more than 1000 apartments. The biggest project was a 314-unit Whitaker Place block, finished eight years ago but he has concerns about his sector and project cancellations.

"There are inexperienced developers involved at the moment and it's one of the reasons for apartment projects not going ahead. Also, restrictive lending covenants with the banks and prices increasing for construction are other factors," Groves said.

Asked if construction costs might rise at The International, Groves said that was "a moving target, but we have bank funding."

Plans are to create an outdoor pool at The International.

Plans to build the St James Suites apartment project on Queen Street and Flo apartments in Avondale were cancelled last year, disappointing those who had paid deposits but who were told they would get refunds.

Groves said he was looking forward to seeing exterior cladding being stripped from the 17-level ex-Fonterra block and a new Jasmax-designed dramatic white exoskeleton being applied.

How The International could look once work is finished.

Foyer art works chosen in collaboration with Gow Langsford Gallery, outdoor heated pool and spa, 20-seat table in a private dining room, 20-seat cinema, wine cellar and cafe to be run by Ponderosa Group of The Seafarers and Ostro are amenities planned for the ex-office building.

Each apartment floor will also have a conservatory-style seating area, able to be opened up but partially enclosed by glass safety barriers. A display suite shows city views from the block.

"There are no restrictions around converting commercial to residential and Auckland Council and the Urban Design Panel were very supportive because we are converting an ugly structure into something with a new life," he said.

"Lack of residential stock in Auckland will continue to be an issue."

Sanctuary has taken deposits on $130m worth of sales and has "about 30" apartments left to sell, Groves said.

The project is due to be finished by October next year.