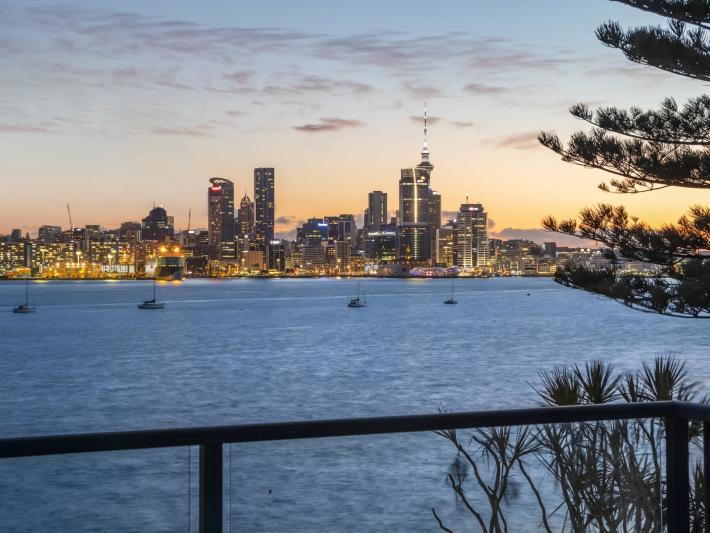 A colonial relic, since the 1920s the villa upon 5 Stanley Point Road has rested above its rock wall at the water's edge of the Waitemata Harbour. Fixing its view on the Auckland Harbour and City, in its lifespan, the villa has acted as a doctor's house, a long-held family home, and now lay at a crossroad to be led down the path of a delicate salvaging or complete demolition.

The sun-drenched property has direct beach access with the vestiges of a two-story villa containing four bedrooms, a separate garage, and the later addition of an attached three-bedroom home. In its current condition, both villa and the connected home beckon a restoration or demolishing with the view to build a newer, more elite residence while making the most of its stunning aspect.

The current owner recalls warm childhood memories here, including the time when his parents were renovating the kitchen and discovered a local newspaper dating back to the late 1800s. Puzzled, they couldn't understand why such a paper was concealed in the walls of their 1920s home. They concluded that with no significant articles, there was nothing more to it than the original builder leaving a piece of the Bay's history to be found by future owners.

Experiencing passive urbanisation since this headland was known as Brick Bay, over its lifetime, Stanley Point has remained a quaint seaside haven with roots dating back before the Victorian era. Beautifully restored villas and the odd contemporary structure populate this coastal promontory. Seaside homes boast in their beautiful views, and the mix of reserves and pocket-beaches resign the area to its natural state of calm.

Following 60 years of generational ownership here, the future belongs to a discerning buyer with a vision and passion for the prominent, heritage-filled haven and lifestyle.